A Man Among You Is 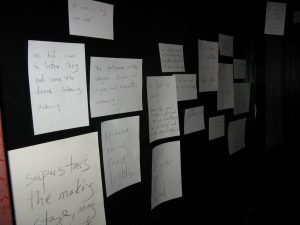 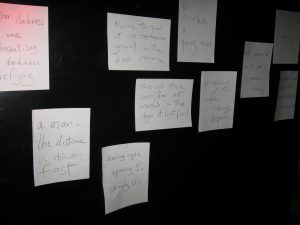 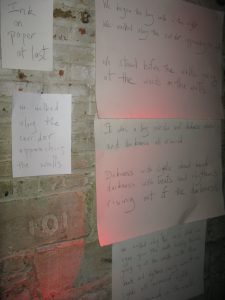 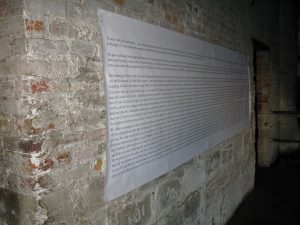 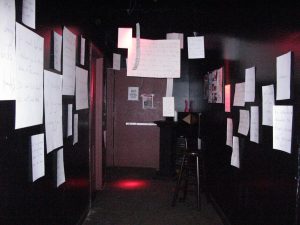 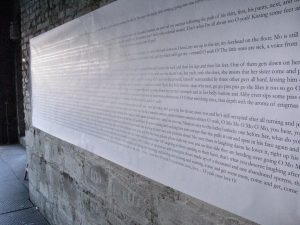 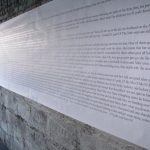 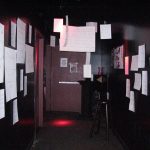 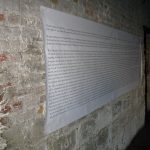 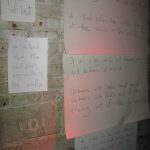 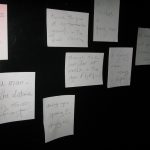 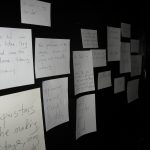 A canto of l’ôpènépïká, A Man Among You Is was a performative scriptural installation up for one night in the confines of a nightclub in Williamsburg.

Sheets hanging from ceiling, plastered to the walls, on the floor. Projections of texts. Long scrolls printed and placed along the larger areas. And at various scales and in different places of the club: at the entrance, by the bar, in the restroom, in the vestibules between rooms and dance floors: the fragments confronted the denizens in fragmented ways, calling attention to the fate of an unnamed man.

The operations at work on the texts and the experiences of the (non)readers on the night, zoomed in on the plight of a man in terrible conditions who is ‘drowning’ (literally, figuratively–the text remains ambiguous throughout) and whose calls go unheeded.

A man among you is… about to drown.

A Man Among You Is is part of a thread of ephemeral textallations in unusual locales in the panoply of l’ôpènépïká‘s constructions and textual experiences.